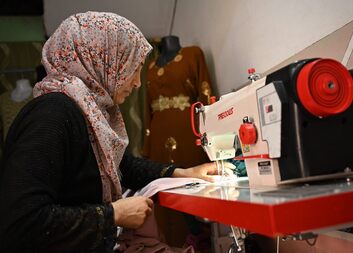 Eman Hameed, a 41-year-old woman from the Anbar Governorate in Iraq, wanted to become a seamstress since she was a little girl after watching her neighbours sew their clothes. Unfortunately, things did not go as planned., When ISIS attacked her town in 2014, Eman was forced to flee her home, unable to take her sewing machine with her. Today, Eman is a successful seamstress and has turned her childhood dream into a reality.

Before the arrival of ISIS, Eman, a mother of two daughters and three sons, tried to support her family by sewing garments at home on a sewing machine she could afford. Her husband worked as a daily labourer, sometimes having a job to do and other times not.

When ISIS attacked the region in 2014, Eman and her family were forced to flee to Baghdad to save their lives. In Baghdad, Eman bought a secondhand sewing machine and worked on it to feed the kids and support her husband. After 3 years of displacement, and after the area was liberated, they finally returned to their hometown but found that none of their home furnishings had survived and the house had been damaged.

No matter how long the night, the day is sure to come

Eman learned about Caritas Czech Republic's initiative to assist returnees in reestablishing their source of income and decided to attend the registration, which was taking place in one of the Al-Muhammadi sub-district schools. She was notified a short time later that she had been accepted for the grant, as well as for a business management course to help her run her project properly.

Eman received a grant from Caritas Czech Republic, which she used to purchase a new sewing machine, various fabrics, cloth, an ironing device, and other sewing tools.

"After the grant, my monthly income has increased, and I'm glad that my husband supported me to start working so that I can also provide for my family," Eman said. "My plan is to upgrade my business and bring more fabrics and cloth." 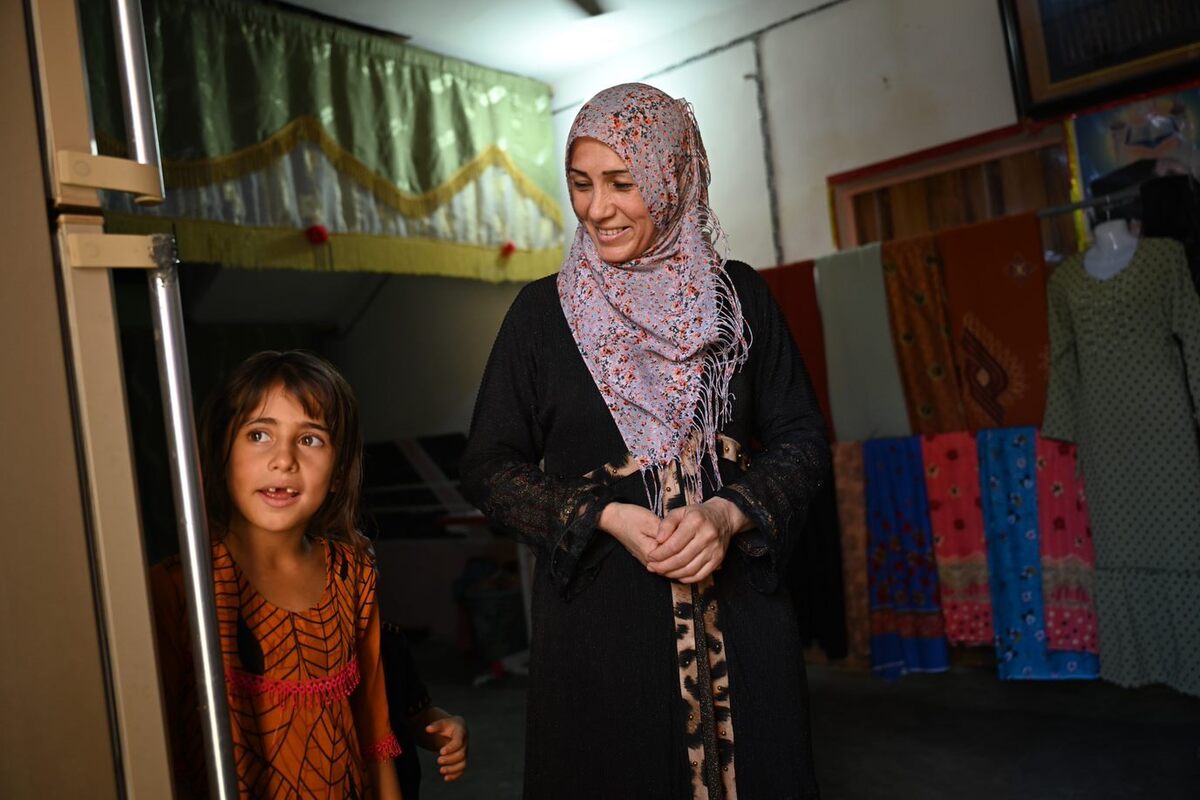