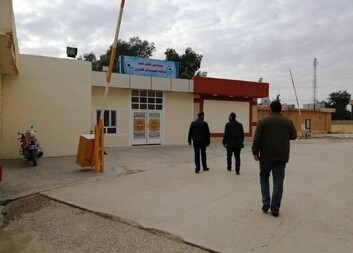 Following the start of the conflict in 2014, in late 2017 areas previously under the control of ISIL were regained - this include parts of Ninewah, Salahadin, Kirkuk and Anbar governorates. Although the security situation remains dynamic in some areas, there has been large scale return to retaken governorates. At this time, significant humanitarian needs remain with 6.7 million in need of humanitarian assistance (HNO 2019). Returnees, IDPs as well as those that remained in areas under ISIL control through the conflict (remainees) have a range of critical humanitarian needs to enable survival and development. The toll of four years of intensive combat on Iraq’s civilian population has been enormous. Of the almost 6 million people displaced since the rise of ISIL in 2014, the humanitarian needs are immense with 1,607,148 internally displaced persons (IDPs) (around 300,000 families) dispersed across 106 districts and 3,116 locations in Iraq as of June 2019 according to IOM’s Displacement Tracking Matrix (DTM). High numbers of IDPs are expected to live in camps and informal settlements in 2019 through 2020 and will be in need for humanitarian assistance.

The project aims to provide shelter and non-food assistance to the most vulnerable, out of camps internally displaced people (IDPs) and returnees (people who fled but came back to the country of their origin) who live in informal settlements and critical shelters, in order to improve their living conditions toward dignified, secure and adequate conditions. The project covers several areas in Iraq, namely Dohuk, Salah Al Din and Anbar Governorates.

To respond to the basic shelter needs through improving the living conditions of most vulnerable out of camps IDPs living in informal and critical shelters in Dohuk, Salah Al Din and Anbar Governorates